Skip to content
Previous Next
Fluorescence: What your jeweler won’t tell you about.

Fluorescence: What your jeweler won’t tell you about.

Fluorescence is the tendency of a diamond to emit a (soft) glow when exposed to ultraviolet light (UV light). 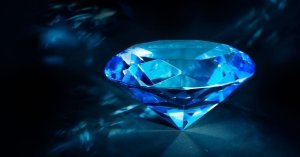 Is Fluorescence in a diamond good or bad? Well its not that simple. Fluorescence can enhance or detract from the beauty of a diamond. For instance, the bluish tint can improve a lower-color diamond by cancelling out the faint yellow. As a result, it will have a colorless appearance. However, in a very high-color diamond, fluorescence may have the opposite effect.

In a small number of diamonds, the presence of strong fluorescence creates a hazy, milky, oily, or cloudy appearance. For this reason, very fluorescent diamonds can be valued lower than similar diamonds with fluorescent ratings of “None,” “Faint,” or “Medium.”

GIA studies show that for the overwhelming majority of diamonds, the strength of fluorescence has no widely noticeable effect on appearance. In the GIA Fluorescence Study, it was found that the average person could not make a distinction between a diamond with fluorescence and a diamond without.

Furthermore, the preference to buy a diamond that exhibits fluorescence is a personal one.  The diamond appearance must be taken as a whole. Furthermore, other factors can influence color appearance more strongly than fluorescence. For example, how the diamond has been cut, whether the diamond is viewed in natural or artificial light, and even what you’re wearing on any given day.