When you hear the word Cartier, what’s the first thing that comes to mind? Beautiful necklaces? Iconic watches? Or maybe a signature gold bracelet? 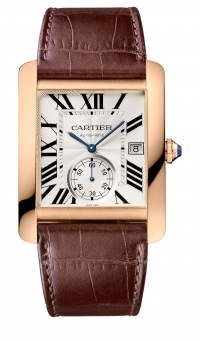 Regardless which of these appeared in your imagination, one thing is for certain: Cartier is synonymous with luxury. Since the mid-19th century, they have been building a name as a classic, yet innovative jewelry and watch maker. Their pieces are iconic and timeless. Founded in 1847 by master jeweler Louis-François Cartier who took over from master watchmaker Adolphe Picard, Cartier built a reputation on his ability to create extravagance.

Cartier’s son Alfred took over in 1874 and expanded into new forms of watchmaking including the trendy wristwatch, but it would be his three sons Louis, Pierre, and Jacques, who built the brand you know today. Louis, Pierre, and Jacques wanted to make Cartier an international name. In the early 20th century, they quickly opened locations in London, St. Petersburg, and New York where their influence expanded. As a result, Louis was left to helm the Paris house of Cartier. It was under his leadership that the brand moved to the Rue de la Paix in the center of Paris, where one of their historical maisons still stands.

Pierre Cartier opened both the London and the New York Maisons before settling in New York to focus on the American branch of the company. He gained a strong customer base from financiers, industrialists and Broadway stars. His clientele later expanded to Hollywood.

Jacques assumed the reigns of the London operation once Pierre set sail for New York. He moved to the current address on New Bond Street. The three brothers together expanded from watches to fine jewelry that included rings, bracelets, necklaces and a plethora of royal gems. Cartier has a royal warrant with the British monarchy after King Edward requested 27 tiaras for his coronation and famously referred to Cartier as, “the jeweler of kings and the king of jewelers.”

Learn more about the value of your Cartier jewelry and Cartier watches. Sell your jewelry to a trustworthy source.

When looking to sell Cartier jewelry, give us a call or sell online with our free overnight secured shipping. We purchase gold and estate jewelry from customers in The Lehigh Valley, including Allentown, Easton and Bethlehem, PA.

When looking where to sell jewelry in The Lehigh Valley, Call D. Atlas Estates. We often buy jewelry from customers that live in Allentown, Bethlehem and Easton, PA.