Your SEO optimized title Skip to content
Previous Next
What is it with Cushion Cut Diamonds?

What is it with Cushion Cut Diamonds?

The cushion cut diamond was once referred to as “old mine cut” which combines a square cut with rounded corners, much like a pillow. 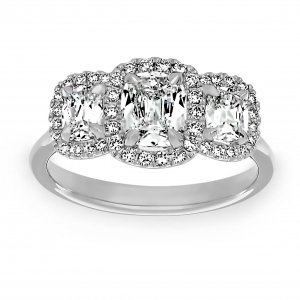 This classic cut has been around for almost 200 years, and for the first century of its existence was the most popular diamond shape (similar to round cut today). Traditional cushion cut diamonds return light in a chunkier pattern than modern cuts. Combined with the enlarged culet (which was considered desirable for the pattern created when viewed through the table), created a distinctive look that is prized today among dealers in antique diamonds.

Learn more about the value of your estate jewelry so you can sell to a trustworthy source.